You are here: Home

SIDS and Kids Car Hand Over 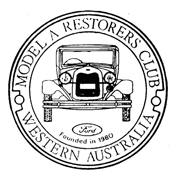 SIDS and Kids Car Hand Over

On Saturday 19 May 2012 the All Ford Day Committee handed over the keys of a brand new Ford Focus to one of its charities of choice, SIDS and Kids Western Australia.

The All Ford Day is a joint venture between the Mustang Owners Club of WA and the Falcon GT Club of WA that runs various show and shine car events as well as car cruises to display classic Ford motor cars.

The All Ford Day has recently celebrated its 25 year anniversary and has been sponsored by long term supporter McInerney Ford.

The All Ford Day’s annual “Show and Shine” held in recent years at Steel Blue Oval Bassendean attracts over 600 classic Ford motor cars as well as raising significant funds for various charities that have been supported. The current charities of choice are SIDS and Kids Western Australia and HeartKids Australia.

With this year’s funds raised the All Ford Day Committee donated a brand new Ford Focus to SIDS and Kids Western Australia which allows them to visit and support families dealing with the issues of SIDS.

McInerney Ford, as long term sponsors of All Ford Day also came to the party to financially support this initiative.

The photograph below displays Dee Taseff receiving the keys from McInerney Ford General Manager Peter Donkin and McInerney Ford Sales Manager Loris Cecconi with a number of classic Mustangs and Falcon GTs surrounding the Ford Focus at the handover event.

For further details relating to the All Ford Day, please go to their website at www.afd.asn.au.